A brainstorming Friday evening in Antwerpen: We looked together at the draft of the code list, discussed how to use the list and made plans for a review process. 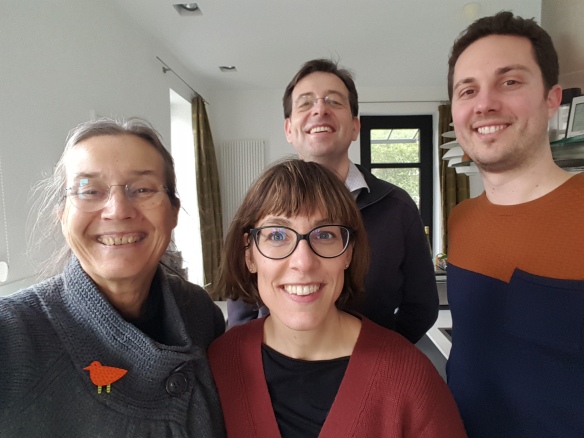 During the 31th European Congress of Pathology in Nice, on Monday 9th September 2019, the KBC WP3 team has held a Coding Workshop.

In this workshop, a first draft of the term list was discussed, and participants had the opportunity to comment on the proposition. Sabine and Amélie are now busy processing the comments and revising the draft. We will keep you updated!

The Kidney Biopsy Codes project presented for the first time a draft of the coding list at the ECP Congress in Nice. 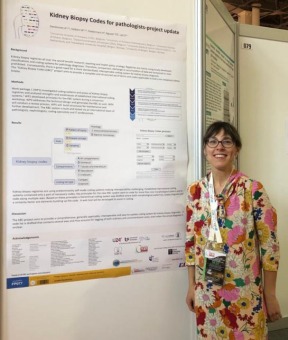 Amélie presented an update of the project in Budapest at the ERA-EDTA congress:

We developed the basic structure of the code list. There will be an axis for morphological patterns and an axis for disease concepts.
To keep the list manageable, we formed groups of codes according to the kidney compartments.
A certainty factor can be added. There will most probable be three different levels of certainty: confirmed – probable – suspected.
We are now working intensively with the list and try to cover every morphological pattern and disease concept. However,  for people who would rather have a short code list, there will be a compact version too :).

The new 2019 board of the RPS invited us to form a working group under the RPS scientific committee, in order to incorporate stakeholder input from registry people all over the world into the project and give and receive feedback from other RPS initiatives. This Harmonized Coding Working Group is now getting assembled. As a first event, a webinar was organized the 15th of March 2019 by RPS and conducted by Sabine and Amélie.

It was planned for a long time and finally the central project team (Amélie and Sabine) met for a coding weekend in Amsterdam.  We had a pile of kidney biopsy reports ahead of us and term lists prepared by Mark. On Sunday 40 reports had been  tentatively coded, term lists modified and not yet solved coding problems written down. Using real reports was extremely helpful – thanks to all contributers! 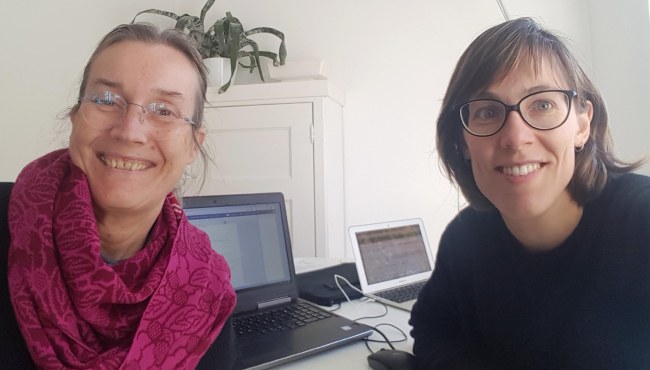 Amélie presented the results from work package 1 at the Kidney Week as a poster:

“Beyond Morse: How Do Kidney Biopsy Registries Code Renal Disease? On Behalf of the Kidney Biopsy Codes (KBC) for Pathologists Project”

Thanks to all kidney biopsy registries that have contributed with information about current coding systems, problems related to their systems and needs for future solutions! 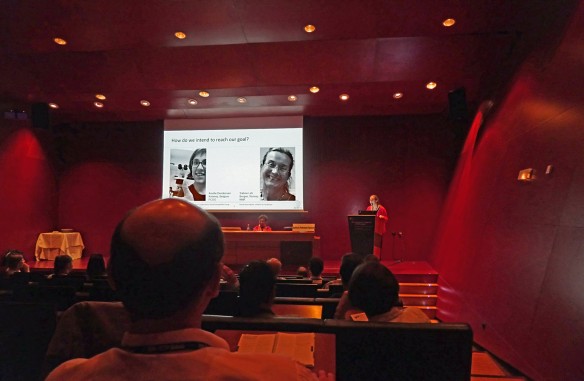 The project was shortly presented in the Business meeting of the Nephropathology Working Group on Sunday and then in the oral free paper joint session Pulmonary Pathology / Nephropathology:

“Kidney biopsy codes for pathologists: towards a generally applicable terminology and coding system”

Link to the abstract: https://www.esp-congress.org/scientific-programme/online-programme.html#/details/abstract/864

The department of pathology from the Maastricht University Medical Centre was our host for the WP2 Principles workshop!